Jack in the Box – Part Two

The ‘Knock-Downs’ and the ‘Bounce Backs’ as referred to in the article Part One of ‘Jack in the Box’ were classic examples of ‘Adversity’ and ‘Resilience’ at odds with one another, in battle, but also co-operating, mediating and resolving the crisis together. There cannot be one without the other to gain some level of stability. Without the latter (and many children and adults are limited in this) then life can be tragic, not impossible, just so much harder and unfortunately life-ending. Many will have heard about that ‘one special person’ in a child’s life (normally outside the family) who is passionate and consistent in the week to week, month to month life of a child and can sometimes be the ‘difference’ between a life of opportunities, good emotional health and one with much less and far more tragedy. The famous poem by Joseph Malins (1985) A Fence or an Ambulance provides a brief insight into this and early intervention:

“Better guide well the young than reclaim them when old,
For the voice of true wisdom is calling.
“To rescue the fallen is good, but ’tis best
To prevent other people from falling.”
Better close up the source of temptation and crime
Than deliver from dungeon or galley;
Better put a strong fence ’round the top of the cliff
Than an ambulance down in the valley.”

Resilience I have remarked about in Part One as the ‘two-sided coin’ strength and a camouflage treating and hiding the trauma/s. I was lucky, I can point to the experiences of supportive siblings, friends, school teachers, church, youth workers, being talented at sport, having access to decent schooling and activities, and growing up in a town with little crime. These types of people, organizations, activities, geographic areas, and their qualities ‘held off’ some of the trauma from the first 1460 days trauma (especially between the ages of 7-16 years). This gave me confidence, strength, skills, and knowledge.

In taking one of these examples and how it worked for me suffering from PTSD (not that I knew this) I suffered from regular horrific nightmares (also enuresis and attachment issues). The nightmares were a secret for many years from the age of 2/3 years old to my twenties. It was not until my forties that I worked out why they started, what they meant, possible characters/people (who depicted the trauma’s) and in terms of ‘confidence’ stopping the nightmares at age 14 years old. As so many children who have experienced significant trauma the experience/s are transferred onto an animal. Mine was a wolf. I have friends who experienced snakes and bears in their sleep. Both these children suffered significant family domestic violence. The confidence that grew within me brought me to a decision at age 14 years to ‘wake up’ before the usual ‘beating’ took place by the wolf. It worked. The wolf never came back (at least not in that shape or form…).

In briefly talking about ‘Adversity’ I refer to the famous long-term study in North America the ACE Study (Adverse Childhood Experiences). This is now prevalent in practices in professions such as health, education, mental health, and child protection across the world. Although insightful and significantly helpful to such fields, there was/is some shortfalls such as a narrow-focused questionnaire that promoted the ‘type’ of adversity.

If your adversity fell outside of those seven key type adverse experiences (expanded now to 10 key adversities), then you received no points and your score was lower when in fact a greater score was more of an accurate reflection. This would have left many types of adversity unacknowledged for trauma victims including myself critically in those first 1000 days when brain development is so important. If I relate this to that time period, I had serious life-threatening injuries and regular stays in hospital from age 22 months to age 3. This was also at a time in the 1970s when parents could only see their child at visiting times (developed attachment issues). Add in staff that forced fed you (abuse, later food eating issues / re-traumatization), serious life-threatening infections (Septicaemia), being alone in a sideward (isolation), regular surgery (fear/ongoing trauma) and no memory or a story on the subject then PTSD, complex trauma, and depression as a child should not be a surprise. Maybe there was more that occurred – the hospital records may reveal more once they arrive.

The symptoms of adversity and trauma such as nightmares, enuresis, OCD type behaviors (control issues) gradually disappeared but then adolescence arrived then my twenties and early thirties. They are filled with concerns relating to attachment, loss/grief, low self-esteem, emptiness, failure. Relationships started and finished badly. A psychological and social confidence roller coaster. As I referred to in Part One there were rain showers and downpours, grey clouds, and foggy days. Something re-traumatizing would happen, I would respond badly, maybe have some therapy, maybe not. Important to note even though this appears unstable it also made me incredibly strong. I could fight back and succeed and move on. It was not a pretty or even a stable picture but there were bursts of sunshine and blue skies. One day a rainbow decided to hang around and decided to call me home. A remarkable bright and colorful rainbow. Like a dolphin that chases the sharks away as they are about to pounce on their human prey. Harmony and stability became a part of my life, the previous trends ‘on hold’. The 7 Hearts of the rainbow had arrived as I nervously called them.

Then one day unexpectedly the weather forecast changed, a ‘Hurricane’ took me into its center. I was not scared; I had been in many very difficult times and situations. A ‘Hurricane’ would be no problem. I was stronger than ever; the rainbow was right there as ever. My view was the Hurricane would pass and move on leaving me intact. I will now jump time and discuss the aftermath of ‘me’ once I left the hurricane behind still raging.

The body ‘gave up’. The signs were there but I ignored them. If you’re into star signs (which I am not) I am a Taurus…stubborn, a dog with a bone. In the end I just ‘fell over’ and there was no way back up. The Hurricane proved too strong. Broken, destroyed in so many ways the ‘past’ the first 1460 days and some extra’s had caught up with me and it was time to face it. Memory or no memory.

I wanted to keep going, running, sprinting but it was literally impossible. I had to accept I was ill with mental health issues. Complex Trauma, Major Depression, Anxiety, Burn Out, and Stress I was told (eventually). Once it had been REM sleep disorder (the wolf nightmares) now the complexity of the brain was stopping me moving into REM sleep (the later stages of sleep – deep dreams) and Non-REM sleep disorder (the first few stages of sleep) had been triggered. Falls out of bed, rocking at the end of the bed, injuries, sleepwalking, thrashing around, acting ‘on guard’. No dreams, no nightmares this time, but something equally as scary. A broken nose and 2 injured fingers followed.

The rainbow and the 7 Hearts were ever-present. Everyone needs a rainbow. Maybe just maybe if there had not been this, I would not be writing this right now. Sad to say.

In Part Three (the last part of this article) I refer to ‘the recovery’, the relapses, medication, therapy, and the key learnings of suffering CPTSD in the first 1000 days of life. It’s no joke if left alone for years. Welcome to ‘Jack in the Box’.

Guest Post Disclaimer: Any and all information shared in this blog post, written by the guest blogger, is intended for educational and informational purposes only. Nothing in this blog post, nor any content on CPTSDfoundation.org, is a supplement for or supersedes the relationship and direction of your medical or mental health providers. Thoughts, ideas, or opinions expressed by the writer of this guest blog do not necessarily reflect those of CPTSD Foundation. For more information, see our Privacy Policy and Full Disclaimer. 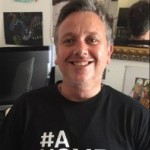