Inflammation, Myelin Repair, and a Cure for Mental Illness

Those people who live with the effects of complex post-traumatic stress disorder sometimes believe that the symptoms they have are made up and all in their imaginations. Many feel they are weak and that is why they are “different” or “weird”. Worse, many believe they can never heal from the events that lead them to exhibit the symptoms of CPTSD.

In this article, we shall examine together the mechanisms behind the formation of any mental health disorder through the eyes of new research that suggests a cure for mental illness.

Hold on to your hats, folks, this is going to be an exciting article!

A Review of What We Know from Previous Posts

Because the following information is going to be a bit overwhelming, it is important to revisit a definition of complex post-traumatic stress disorder.

First, we must distinguish between post-traumatic stress disorder and CPTSD. While some of the symptoms overlap, PTSD is caused by a single event and arises from something like a car accident, experiencing a natural disaster or a sexual assault. Although these events are heartbreaking and often life-changing, they have a short duration.

However, CPTSD is different in that it is usually a repeated trauma and very prolonged in its scope. Normally, CPTSD forms from childhood adverse childhood experiences such as abuse or neglect that goes on for months or years.

Between 7-8% of Americans will form PTSD sometime in their lifetimes. The symptoms of PTSD result from changes in regions of the brain dealing with emotions, memories, and thinking. These regions include the hippocampus, prefrontal cortex, and the amygdala.

The percentage of people affected by CPTSD is as yet unknown as research has just begun to look into that matter. However, the research did find the same damaged areas of the brain, plus damage to the insula a region of the brain that acts as a communication hub between several brain areas.1

Critical Regions of the Brain are Damaged in CPTSD

Researchers have known for over a decade that people living with the effects of CPTSD and other trauma-related disorders have brain regions that have different volumes than they should. This problem is causally related to stress hormones such as cortisol that make the body ready for the fight/flight/freeze response when the child is confronted with trauma.

Cortisol alone has a major impact on several brain regions,2 and it is important to understand it to comprehend what happens to the brain under extreme and repeated stress.

Cortisol a hormone secreted as part of the stress response in mammals. Created in the adrenal glands, cortisol communicates to the cells of the human body through cortisol receptors found throughout it and is regulated by the hypothalamus, the pituitary gland, and the adrenal gland. The combination of these glands is often referred to as the HPA Axis.

Normally, cortisol regulates blood sugar levels, regulates metabolism, reduces inflammation, and helps us form memories. It also aids in the control of the salt and water balance and helps control blood pressure. In short, cortisol is crucial to protect our overall health.3

When a child is confronted with trauma, their body responds in numerous ways including the release of cortisol. Under normal situations, once the danger has passed the cortisol level will return to baseline (a normal state). However, when a child experiences extreme and repeated abuse or neglect, the level of cortisol in their blood never has the chance to return to baseline.

The effect on the brain from a constant bombardment by cortisol and other stress hormones is disastrous as the inflammation set up by the never-ending barrage of hormones damages or destroys vital regions of the brain.

One vital region damaged by cortisol is the myelin sheaths that offer insulation and protection to the “wiring” in the corpus callosum. Myelin is vital for brain cells to connect and speak to one another and for the two hemispheres of the brain to “talk”. Myelin acts as an insulator, like that of an electrical appliance in your home. If you have a frayed or damaged cord on your appliance, the insulation is broken, and you have a short. The appliance may work sometimes, or maybe not, but either way the appliance will not function properly. The same is true of myelin in your brain. If it is damaged by stress hormones or inflammation from another source, the brain cannot have good connections and experiences a biological short. 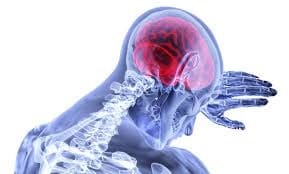 So far, we have examined two ways inflammation happens in the brain, before birth, and after birth. These two processes are related in that inflammation, caused by cortisol and other stress hormones, causes brain damage.

Also, we have discovered that inflammation happens as the result of some women experiencing an infection during their pregnancies.4

So, how is inflammation the cause of damage to the brain? What is the connection between inflammation and complex post-traumatic stress disorder?

To deal with the infection and swelling that occurs with the activation of the person’s immune response, the brain, like any other region of the body, is flooded with leukocytes (white blood cells) released to kill invading pathogens. Unfortunately, even after the body of the child has killed the invaders, the inflammation does not go away like in other parts of the body.

The exact mechanism of how inflammation destroys vital portions of the brain is not well-understood at this time. However, the fact remains that damage is found in people who either contracted an infection in vitro or who experienced inflammation in response to stress hormones later in life.

As of today, the damage to myelin and other brain areas is permanent. However, there is hope on the horizon.

Multiple Sclerosis and Mental Illness, How are They Connected? 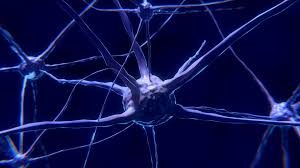 Multiple sclerosis is a chronic and mostly progressive disorder involving damage to the myelin sheaths in the brain and spinal cord. While MS is considered a physical ailment, I put it to you that so are mental health disorders. This fact is coming into sharper focus every year as scientists conduct experiments on animals and humans alike.

The connection between MS and mental illness comes from research done recently5 on mice revealing that re-myelination isn’t only probable, it has been done. In a study, conducted by Franklin, in 20176, mice had their myelin destroyed and using a specialized technique, (note: I do not understand the procedure but it shows promise), the damaged myelin was replaced and the mice were capable of walking and acting normal once more.

This is tremendous news for people living with the effects of MS and the mental health community. If damaged myelin is repaired, then many people who have malfunctioning (shorted out) brains, such as in schizophrenia, can possibly be cured in the relatively near future.

And if that isn’t exciting enough, damage to the myelin sheaths is indicated in major depressive disorder, bipolar disorder, and many other mental health conditions that were once considered incurable.

This breakthrough, and others like it, could potentially empty our mental health facilities sometime in the next twenty to thirty years. That may seem like a long time, but mental illness has plagued humanity for as long as modern humans have existed.

An Ounce of Prevention is Worth a Pound of Cure

Since mental health conditions such as schizophrenia, bipolar disorder and major depression have been linked to inflammation, why not treat it before the brain becomes damaged?

Scientists are exploring this question today.

The cycle of inflammation and damage must be stopped, and the use of antiviral and anti-inflammatory medications such as steroids, show promise in doing just that. If the inflammation in the brain is lessened or alleviated, then myelin repair can be performed. Then, if all goes well, the person’s mental health condition will be put into permanent remission.

At least, that’s the theory.

In practice, things are much more complicated because the drugs needed are too dangerous to use ongoing and must be used with caution. However, if you have a mental health condition, such as CPTSD, it may be well worth the risk.

To be clear, these treatments are not yet available to humans. Trials on animals are only beginning, but they do show promise.

The use of antivirals for pregnant women or newborn babies is also under consideration but will be a long time coming as the danger to the baby is examined.

Can you see the promising horizon that humanity is moving toward? The prevention or even a cure for most mental health problems, especially those related to trauma.

To End Our Time Together

I realize you have read some extremely complicated pieces this month, but I was excited when I was asked to do articles on the newest research into curing mental illness.

I can envision a day when the brains of people affected by disorders such as complex post-traumatic stress disorder and schizophrenia are given a new chance at life. One day people will no longer need to suffer under the influence of illness in their minds because treatment is available to ease their suffering.

I say let the doors to the mental hospitals and other facilities need to be flung open wide and the people who had no hope within them be set free to become the people they were always meant to be.

“There is no easy walk to freedom anywhere, and many of us will have to pass through the valley of the shadow of death again and again before we reach the mountaintop of our desires.” ~ Nelson Mandela

My name is Shirley Davis and I am a freelance writer with over 40-years- experience writing short stories and poetry. It has only been the last two years that I discovered the world of writing articles for other people’s websites and have found it to be highly beneficial to my pocketbook. Living as I do among the corn and bean fields of Illinois (USA), working from home using the Internet has become the best way to make a living. My interests are wide and varied. I love any kind of science and read several research papers per week to satisfy my curiosity. I have earned an Associate Degree in Psychology and enjoy writing books on the subjects that most interest me. By the way, I am a published author of three books and am currently working on a fourth.